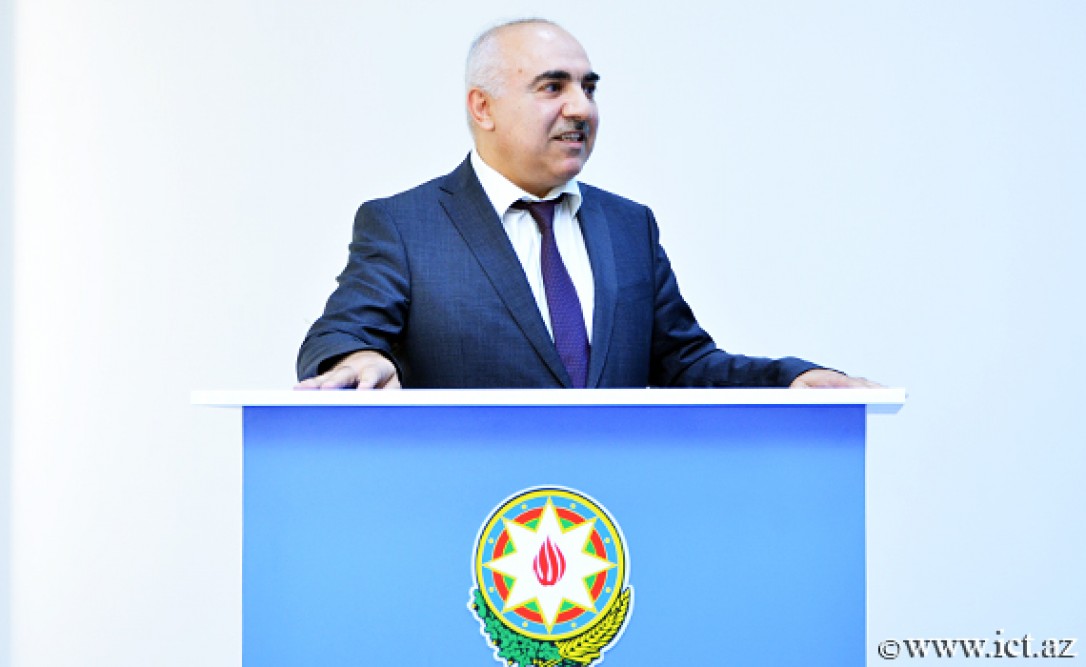 Head of the  Statistics and Forecasting Department of the Ministry of Education- Ismayil Sadigov presented his book “Glossary of the terms of Information science” at the Scientific Board of the Institute of Information Technology.

The reporter said that the dictionary covers the terms in various sectors of computing: software, hardware, networks, data storage, graphics, games, information processing, Internet, history, slang expressions, organizations, programming and standards. The main focus of the glossary is special terms used by ordinary computer magazines, hardware and software, documents, advertisements for these products, media, television and computer. Terms on specific areas such as programming and computer industry were included to the glossary.

There are approximately 5 thousand terms in the glossary.Terms begin with the numbers and special symbols and are ranked in accordance with their ASCII code in the beginning of the book, noted I. Sadigov. According to his words, articles in the glossary can be divided into two groups: main articles that describe term fully and articles as a reference to their synonyms. As articles are ranked according to the terms in English, for finding any of the term in Azeri, Russian or Turkish language at the end of the book "English-English", "Turkish-English" and "Russian-English" terms glossary was given.