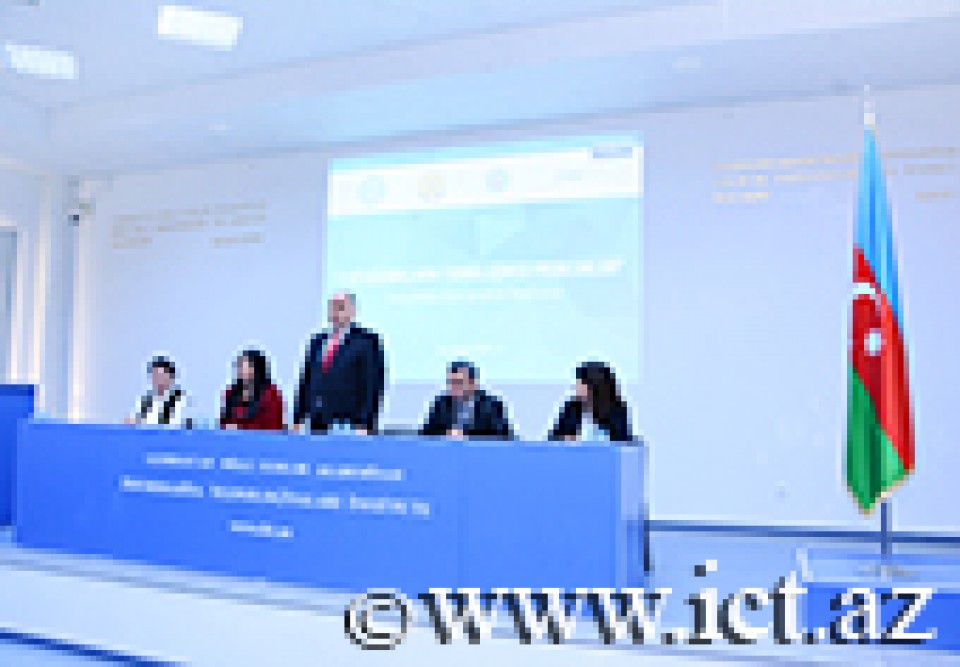 On April 15, the Institute of Information Technology of ANAS hosted Republic scientific-practical conference “Problems of e-library formation”. The conference was organized by the Institute of Information Technologies of ANAS, Baku State University (BSU), Azerbaijan Library and Information Consortium, and Central Scientific Library of ANAS. Representatives of the relevant government agencies, higher education institutions and research institutes of ANAS, scientists, and experts, as well as mass media representatives attended the conference.

First, the memory of heroic martyrs who died for the territorial integrity was commemorated with a minute of silence.

Director of the Institute of Information Technology of ANAS, academician-secretary of ANAS, acad. Rasim Alguliyev opened the conference and greeted all the attendants on behalf of the President of ANAS, acad. Akif Alizadeh and wished success to the conference participants. He highly appreciated he reports submitted to the sessions. Important scientific results were achieved for the solution of the multidisciplinary problems associated with e-libraries, he added.

The plenary session of the conference was attended by the head of department on Book turnover and publishing houses of the Ministry of Culture and Tourism as Latifa Mammadova. She made a report on "e-Library as a cultural phenomenon". dean of BSU School of Library and Information, docent Azad Gurbanov made report on "The model for the development of corporate e-library: problems and prospects", Director of the Central Scientific Library of ANAS Leyla Imanova on “Mutual integration problems e-libraries", national Coordinator of Azerbaijan Library and information Consortium Jamila Yusifova on "Search capabilities of international scientific databases and digital libraries, and information support in the educational process".  They highly appreciated the importance of the conference in terms of the creation of new opportunities for the solution of scientific-theoretical and practical problems of e-libraries.

After the break, the conference continued its work at 2 parallel sessions. The sessions discussed 47 reports submitted to the conference on the conceptual foundations of e-libraries formation, their technological support, security, legal, terminological issues, socio-economic and cultural aspects, and so on.