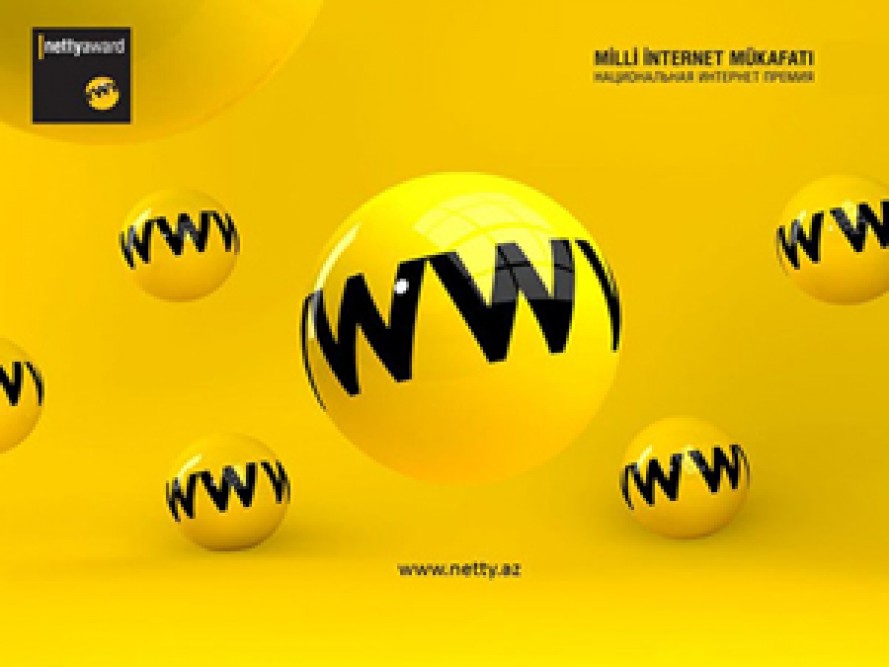 Acceptance of applications for Azerbaijan National Internet Award “NETTY 2016” has started.  Registration of applicants for the competition, which is organized with the support of the Ministry of Communications and High Technologies, will be carried out from 15 March to 30 April 2016.
From 1 May to 7 May 2016, a simultaneous vote of the Expert Council and Virtual jury will be carried out to determine the nominees of the award.

Within this period the vote on the non-competitive and incentive honorary nominations will be also carried out.

Traditionally, the contest will announce the best sites in Azerbaijan in the following nominations:

The competition will also present honorary awards in the "Best Mobile Application", "For contribution to the development of national information technologies" and "IT Event of the Year" nominations.

NETTY Award is Azerbaijan’s first professional award in the field of information technologies, which was launched in 2004 to promote the national segment of the World Wide Web and the IT market as a whole. The contest is held annually to award Azerbaijan’s best websites and identify the individuals who have contributed to the development of the information technologies field.