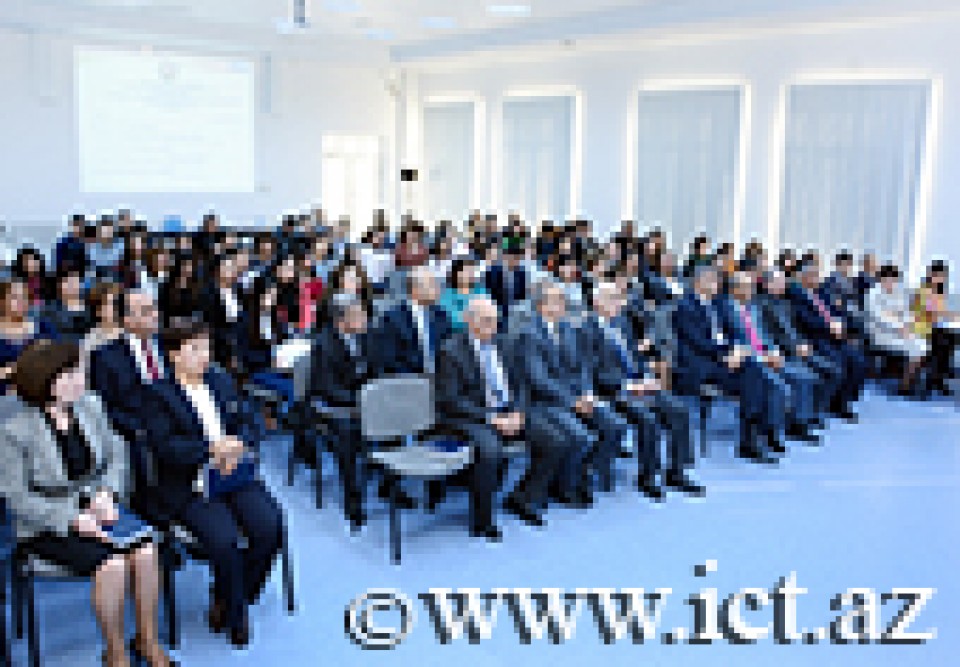 November 30 Institute of Information Technology - International seminar dedicated to Information Security. For the first time on this day in 1988, the institute has become a tradition of the measures broadly. Teaching experience in the world of information security event, social networks, security, AzScienceCERT's current activities and future development plans, cell phones, and heard reports on a wide range of information security were discussed.

The event, which is a significant event in the cultural life of the republic's 70th anniversary of the General Assembly devoted to the scientific priorities put forward by President Ilham Aliyev, was also the tasks set by the scientists. Director of the institute for the humanities and social sciences, as well as targets set in the technical area, he said, the development of space science, said that scientists need special investigations.

Director of the Institute of the information protection methods and systems, information security professionals on the preparation of highly qualified scientific personnel and the work carried out at the institute said. The institute training young scientists and specialists, exchange of experience and spoke about the measures taken in connection with participation in training: "Young scientists and experts for this purpose, Korea, Turkey, Poland, the Czech Republic are sent to countries such as. These measures serve to get more in-depth theoretical and practical knowledge. AzScienceNet from the National Academy of Sciences of practice is applied, it is important in terms of management and use network resources more efficiently. " The scientist in this field is being prepared at the institute, said dozens of doctors and PhD.

Speaking at the seminar, senior research fellow of the institute, PhD arrow "Social networks and security issues," the report said. More than 200 existing social network in the world said that the interaction and communication between people RSıxəliyev these networks are great opportunities, but at the same time privacy and security of users of social networks to create new problems, he said. "Social networks leads to new security risks. These risks and spam to spread malware, social engineering and social networking accounts carried out the attacks, theft of personal data, tracking, fraud and others. As threats are connected. "

"Today, social networks around the world, there are more than 2 billion active user accounts and $ 1.6 billion of which is to be used with mobile devices. The number of network users, 28% of the world's population, 72% of Internet users is part of "- report that the possible dangers of social networks and their protection measures and methods of carrying out the analysis of the most urgent issues, he said. This type of analysis could help people to use secure networks said. Threats of social networks, the most popular malware, gave detailed information about personal protection measures.

Scientific seminar also heard a report on information security, as well as mobile phones. Glass, a research fellow of the Institute Karimova mobile technology, mobile communication standards, mobile phones malicious programs, information on approaches to risk assessment. S.Karimov harmful viruses that are specific to operating systems in the world talking about. He said, "Kaspersky Security Bulletin," according to the report, an average of 6300 new mobile malware samples every month is set: "The Android operating system, more than 35,000 types of malicious software."

In the end, the country's information space of academic R.Aliguliyev dealing with security issues, culture, raising awareness of information security, leading scientists and experts in the field of scientific support and congratulated on their professional holiday.