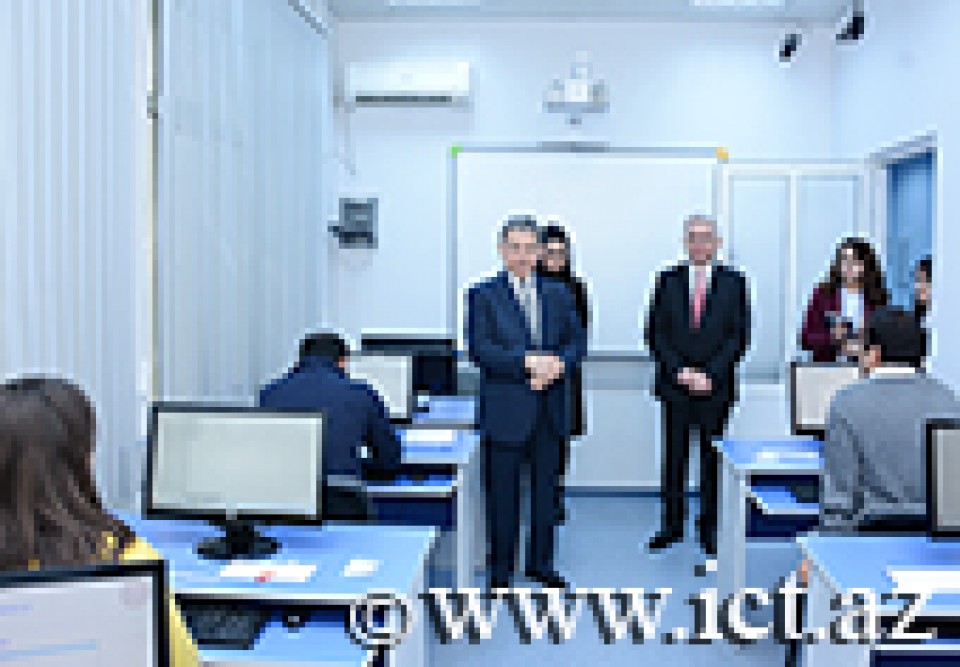 Doctorate examinations were based on the philosophy of testing technologies 2015-11-30 17:50:44 / CONFERENCES

Doctorate in philosophy at the Institute of Information Technology on the academy's centralized test exams were based on technologies through computers. Examination of 82, including 8 of 90 people took part in the Russian sector.

First, the President of ANAS, academician Akif Alizade Institute of Information Technology Training Innovation Center (TIC) at the entrance exams to the doctorate on the subject of philosophy was familiar with the process.

A.Alizade, president of the National Academy of Sciences, the chairman of the Commission for the purpose of examining the corresponding member Bakhtiyar Aliyev, members of the Doctors of Philosophy Abulhasan Abbasov, Farman Ismayilov, Zaur Bagirov, head of the Department of Science and Education of the office of the Presidium of the National Academy of Sciences, Doctor of Technical Sciences Aminaga Sadigov and Technology deputy director of the Institute of Information Technology, with the participation of PhD Rashid Alakbarov "round table" was held.

The philosophy of those who participated in the examination of new mechanisms for the implementation of an objective assessment of knowledge has been the subject of academic philosophy Alizadeh exams According to the order dated June 9, 2015, on the basis of the technologies being tested, he said.

During the discussions, the science academy, the measures taken to implement the important tasks facing science and education reforms was the main targets. NASA received a doctoral degree and doctoral exams at the base of technologies play a major role in the training of scientists and experts in relevant fields and will contribute to the development of science in Azerbaijan was celebrated.

Examination of the members of the commission that organized the high-level video surveillance system installed in the CDM to ensure transparency in the examination process more objective assessment of the conditions and the skills of those involved in the exams, they said.