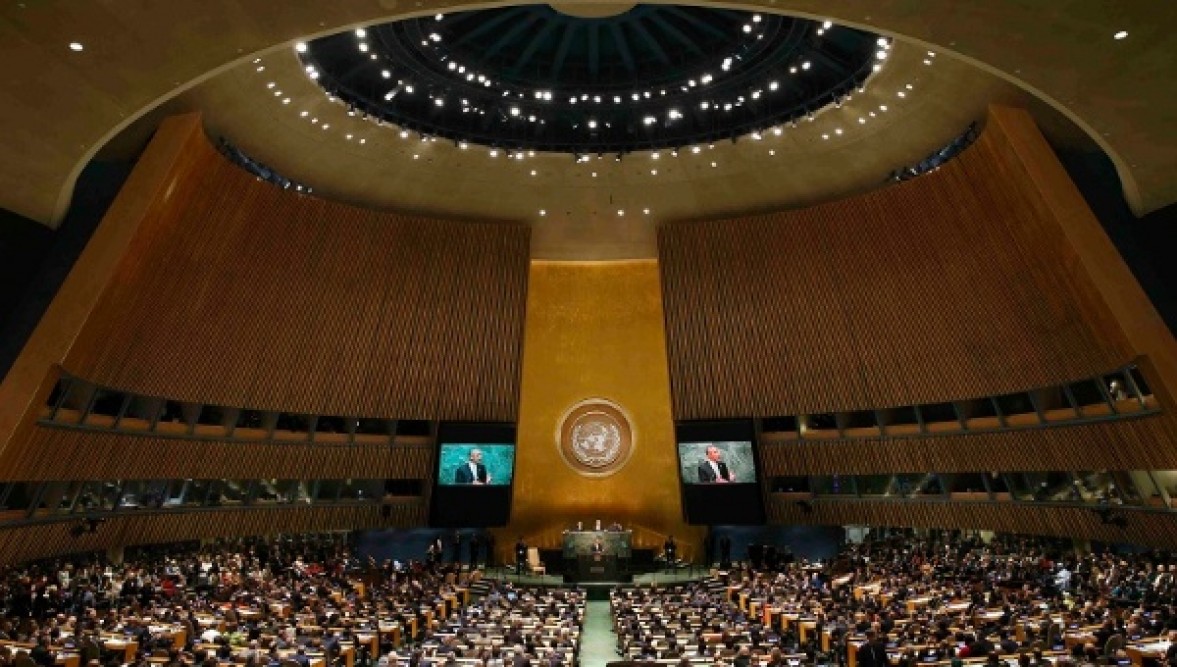 "Azerbaijan is a leading force in the development of information and communication technologies and Eurasian landlocked countries within the framework of the United Nations, Afghanistan and Central Asia as well as the opportunity to provide accessible and reliable broadband connection developed for the Trans-Eurasia Information Superhighway (of the project) has been initiated."

The remarks by Foreign Minister Elmar Mammadyarov, the 70th session of the General Assembly of the United Nations at the General Debate, he said. The foreign minister spoke about the importance of the project's contribution to the region and appreciated. According to the minister, the Trans-Eurasia Information Superhighway countries, people close to each other, as well as easier access to the international network for everyone.

The Minister said that the purposes and principles of the UN Charter, based on the specific contribution of the organization's activities. The Millennium Development Goals (MDGs) Noting the important role of promoting development in the world's opinion, in this respect, Sustainable Development Goals, peace, prosperity and development of global efforts are sure to be an effective tool.

"Over the years, many of the MDG targets, especially the elimination of extreme poverty and hunger, promoting gender equality and the provision of general secondary education has made significant achievements. Taking into account the objectives of sustainable development, the more durable, comprehensive and diversified economy for the development of its national sustainable development strategy at the moment is preparing. Azerbaijan insists on the implementation of the Millennium Development Goals commitment, perseverance and continuous efforts of our country as a manifestation of the value for the year 2015, "South-South" was awarded. Global economic and financial crises faced by many countries in the region, despite the 5.7% in the first half of 2015 showed that economic growth in the non-oil sector growth was equal to 9.2% "- the minister said.