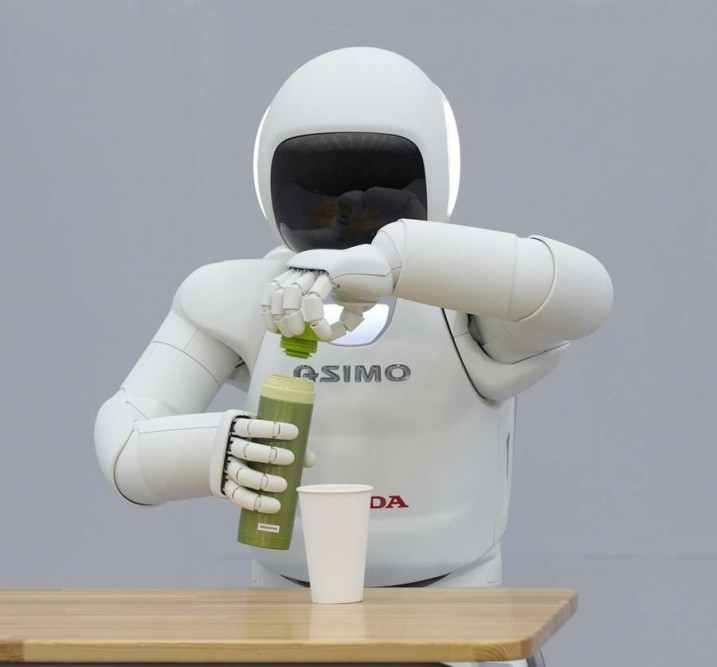 Massachusetts Institute of Technology (USA), the experts have developed a robot's movement and reflexes repeated. More training is carried out with the help of the human body, attached to the exoskeleton.

"Hermes", a robot liquid glass filter, keep the balance of the influence of external forces, the tools to use and so on. taught.

According to Cao Ramos, who works on the project, they have placed the robot's brain. But not talking about the creation of artificial intelligence, is going to teach the robot the rules of behavior in different situations.

For this mechanical hand, foot and equipped robot operator datciklərlə established for the exoskeleton. The information is included in the robot's computer Datciklərdən. Computer robot is forced to act like a human being.

According to the authors of the project, a number of human-like robot currently available. However, "Hermes" is distinguished by the fact that their neat, for example, liquid glass is Suze destruction.

In addition, modern robots move and human similarity is reflekslərdə, the image speaks for itself. "Hermes" The goal of the project is the behavior of the robot man, likened in terms of action and reaction.

Note that developed "Hermes" was not given accurate information about the fate of the robot.