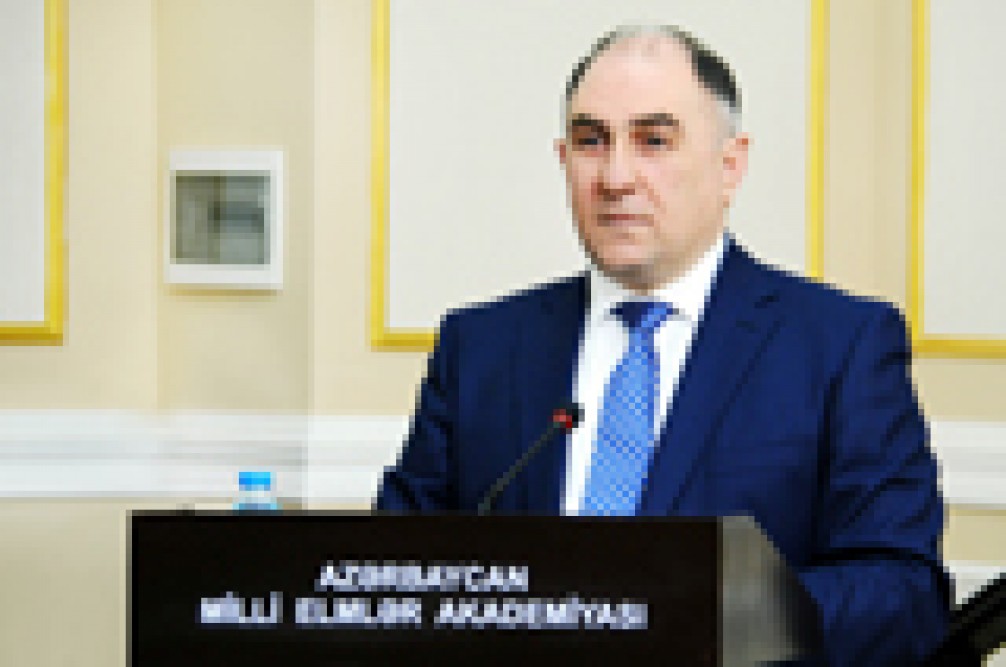 NASA is one of the segments of the electronic government, e-science institutes and organizations, as well as other scientific institutions of the republic with the aim of increasing the efficiency of their modern reconstruction with the use of ICT and is intended to form a single line scientific infrastructure.

The opinions of the Academy of Sciences, academician-secretary of the Institute of Information Technologies, academician of ANAS Rasim Aliguliyev for the year 2015 on the Action Plan for the development of science at the Electronic said.

"Recently, on applying information technology to complex scientific activities are carried out in various directions", - he noted scientist in the formation and development of e-science measures taken by the Azerbaijani President Ilham Aliyev of Azerbaijan Republic "on the development of information society in 2014 The National Strategy for the years of 2020 "and the implementation of the National Strategy on the implementation of the State Program said.the statement.

Scholars for 2014, the year of the "e-science" Monitoring the implementation of information system and analysis of relevant indicators such as the work was carried out.

Institute of Information Technology (IIT), electronic science and technology platform AzScienceNet-computer network (SCN) 95 percent of the infrastructure of the Ministry of Communications and Information Technologies (MCIT) with the support of the establishment on the basis of fiber-optic cable, Internet access, then the rate of increase technical capacity of 270 Mbit / san and over 4000 delivered to the PC connected to the network, he said. That said, the network's data center computing power currently 14 performance, memory capacity of 200 terabytes.

AzScienceNet continuous operation and development of academic organization, Data Center Operations, quality indicators improve and strengthen the material-technical base, the computing power and memory resources on the needs of the scientific research on the Internet to the cloud of services, including Wi-Fi and on NASA Eduroam expansion of network infrastructure, regional research division of NASA centers and distance education centers to support their activities in the direction of the planned activities are reflected in the Action Plan for the development of e-science, he said. He noted that AzScienceNet as part of the "Science TV" Internet TV network of scientific institutes and organizations in the creation and maintenance of web-resources of the Data Center, as well as hosting and support services carried out in other directions.

With regard to the different types of information systems, further expanding its activities in this direction NASA scientist said. NASA scientific institutions and organizations, public agencies and the creation of web-resources of the continuation of the work carried out and the resources to monitor the implementation of scientific and methodological and technological support, he said.

According to NASA scientists, administrative and economic activities of enterprises and organizations in the development of information technology systems for the program, doctoral exams and the minimum software products based on technologies developed for the preparation, electronic document management system, as well as the coordination of scientific research and its board Among the information systems for the academic councils work to be done.

For 70 years, the activity of numerous academic Noting collected archival materials such as photos, audio and video materials, noting the importance of ICT in today's modern transformation by means of a single resource, management, speed the implementation of the search for, high-quality the need to maintain said. The purpose of the photo, video and audio materials for the organization AzScienceNet Multimedia Gallery Data Center, for the establishment of safe storage and use of the work was carried out.

Speaking of the importance of scientific and practical problems in the investigation of the formation of e-science scientist for this purpose, "AzScienceNet: current status, opportunities and prospects" republican scientific-practical seminar "Problems of formation of electronic libraries" Republican scientific-practical conference on the theme "BigData: challenges, opportunities and prospects "said the Republican Scientific and Practical Conference to be held. In order to transfer the achievements of NASA Ganja regions towards the establishment of the Center for Distance Education Department, which celebrated the completion of the academic year, on July 6, the opening of the Center for Distance Education foreseen in Nakhchivan Department said.

Academics, as well as e-emphasized the importance of science in the domestic and international integration. According to him, the recent European research and education network AzScienceNet which is responsible for the formation of a national network GEANT Association was registered as the operator.

He is the condition of the formation of e-science, the public and the media are constantly informed about the opportunities and prospects, including the promotion and popularization of knowledge on e-emphasized the importance of science.

The Action Plan was approved by the decision of the Presidium of the end.