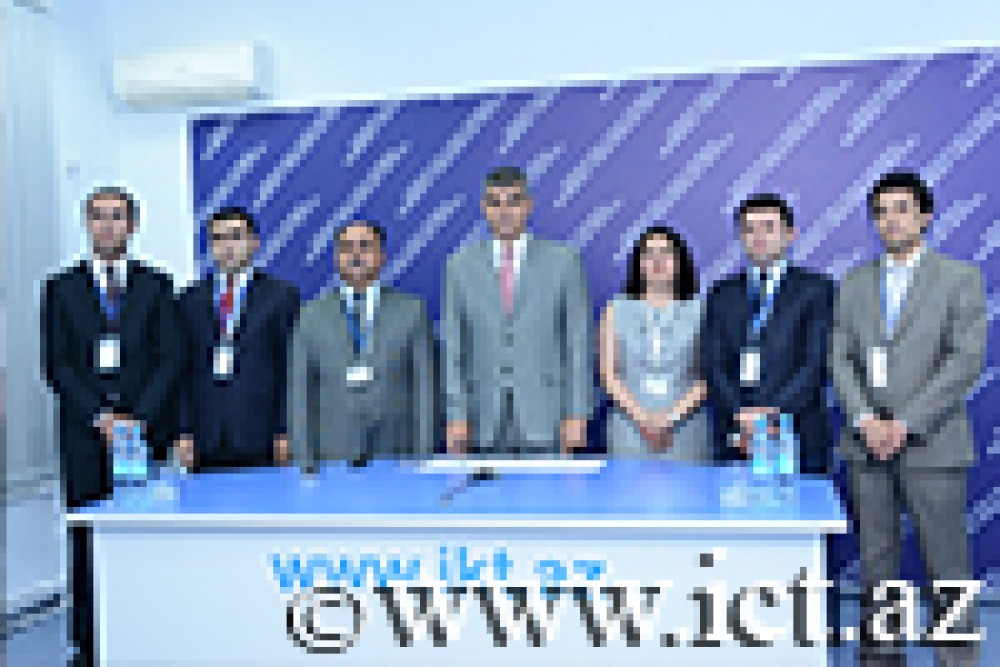 Nakhchivan branch of the National Academy of Sciences Center for Distance Education unit (DTM) was dedicated to the opening of the virtual event. The event was opened by the President of ANAS, academician Akif Alizadeh welcomed the participants of the ancient land of great pleasure to be in Nakhchivan, where a large proportion of the country's scientific potential was concentrated.

President Ilham Aliyev as one of the fastest growing areas of the city that pays special attention to the development of both the academic history of this city, but also one of the Azerbaijani science and education, he said.

Academic research to solve the problems existing in the country to speed up digitization of scientists and experts all over the country, and stressed the importance of joint cooperation between scientific institutions.

Institute of Information Technology (IIT) Training Innovation Center of the Institute of Distance Education Centre, which took place via videoconference system chief engineer, PhD in technical sciences Rashid Alakbarov recently carried out large-scale reforms in the institutions and organizations mentioned. R. Alekperov stressed that the reforms that were met with great interest by the scientific community, the institutions and organizations within the framework of the measures of information and communication technologies (ICT) was accelerated.was pulled forward.

The main platform for e-science AzScienceNet scientist who spoke about the various services. He noted that by the end of the year, these services will be offered to the employees of the Department, the world's leading scientific organizations, they play an important role in integration.

Academician-Secretary of the National Academy of Sciences, IIT, director of the academy's academic Rasim Aliguliyev in all regions of the country, including the Nakhchivan said that given the importance of the development of science. Despite its geographical position and the blockade of Nakhichevan Autonomous Republic has developed rapidly, expanding the opportunities for the use of ICT, he said. He said that the education system in line with international standards in Nakhchivan, the e-science development and use of ICT in education is a priority once the information blockade məsələlərdəndirBir a leading role in building the information society of the Nakhchivan region in Azerbaijan, dynamic development, has become the virtual space. At present, the autonomous republic of education, health, economy and ICT is widely used in other areas, digitalization is being implemented successfully.

The scientist stressed the importance of the establishment of this center in Nakhchivan DTM Nakhchivan to Baku would be a bridge between the science and education, distance education of doctoral candidates, online seminars and conferences, among scientists in the country, as well as create opportunities for the strengthening of international cooperation, he said.

At the end of the establishment of the Nakhchivan branch DTM will make valuable contributions to the development of innovative educational system in the region was celebrated.