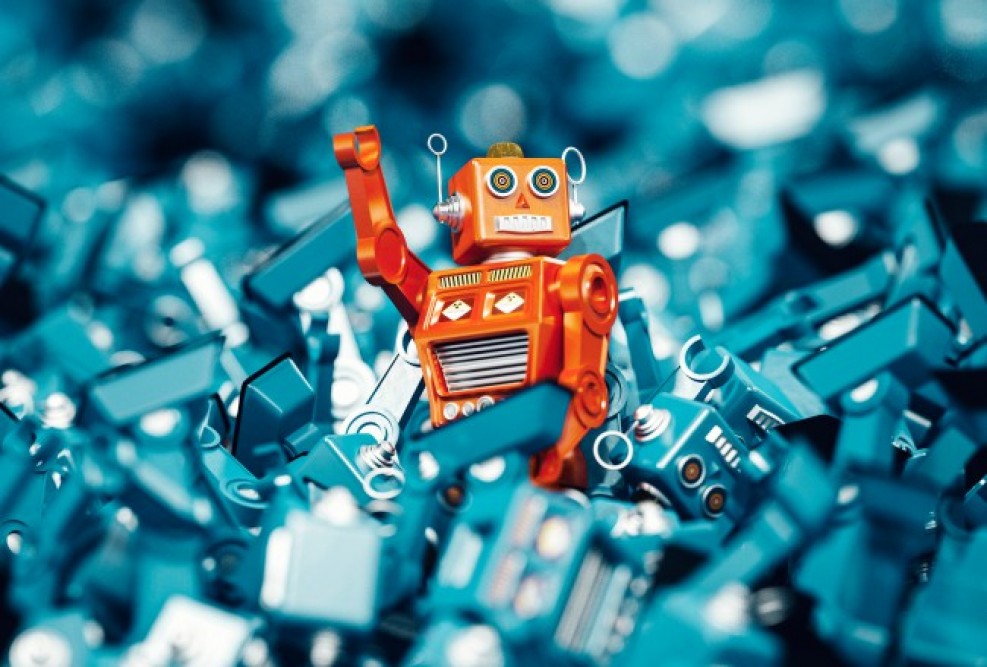 How smart technologies in the next 10 years will affect our lives?

We are in the XXI century, "smart" We live in a world of objects. Scientific and technical progress, thanks to the smart (smart) phones, watches, cars, houses continue to take more and more to grow and spread. At one time, we have watched the scenes from sci-fi movies are now becoming a reality, robots, cars guided him out of the race with almost human intelligence, that are competing in the artificial intelligence (SI) shows the development. This area is the giant IT companies are becoming more and more interested, spent millions of SI's development. While the forecasts could create problems in artificial intelligence are different. A number of scientists "are artificial intelligence, where mankind?", "How will it affect our lives in the next 10 years, artificial intelligence?" Seeks to answer questions like, or play them in alarm. Man of concern for the world of international conferences, these questions have become the main topic of discussion.

Today, scientists SI's development, taking into account the results of these products carefully consider the ethical calls creators. Deleqatlar conference in Puerto Rico in order to avoid possible mistakes and problems that may arise due to the development of artificial intelligence to be involved in the study have signed an open letter calling. SI SI's leading researchers emphasize that the safety issue is of great importance. SI does not recognize the great potential of the authors of the document, as well as the assessment of risks associated with the creation of artificial intelligence is a challenge. For example, millions of people unemployed in the near future, you can put the machine intelligence.

"Apple," company co-founder Steve Wozniak has no doubt that artificial intelligence is dangerous, although she technologies for years, could be a threat, especially to people denied artificial intelligence. "Australian Financial Review," the 64-year-old researcher has admitted in an interview that some of the predictions begin to justify himself, his humanoid computers are a real threat to mankind. He even making a joke, said: "We'll Who: God, pets, or ant? I do not know. " "Computers to surpass men in terms of intellectuality" prepare ". If we, for ease of life, even if we continue to create such facilities, they will be thinking of us and companies to manage more effectively begin to get rid of incompetent people. "

Note that the last 5 years in this field, especially the achievements in the field of artificial intelligence, neural networks brought in our daily lives. A few years ago, not being able to solve the problems of artificial intelligence have already been resolved. Deep research made it possible to recognize speech quality. "Google" itself controlled cars, cats, create video on the computer systems to appoint an independent learner. Robot-dogs almost like people walking. "Google", "Facebook", "Microsoft", "Baidu" advantage over larger companies such as SI recruiting staff are specialists and more advanced algorithm, the intelligent computers tend to spend millions on the race.

For example, the "Facebook" social network only "layk" do not take a dozen. hi-news.ru According to the website, the company is actually surprising, though many researchers are working on artificial intelligence. Some of them are more accurate to recognize people who have been involved in the creation of software for recognition. "Deep Face" is the face of this software uses a process called verification. PT tutusdurmur on the title name, if it is determined in two ways to describe the same man. Very soon you upload the photo, "Facebook" of the minutes to show who is the səkildəkinin.

At the same time (although, to some extent for other purposes), "Google" is working on a similar project. Face recognition images of photographs instead of the company is engaged in software that can accurately describe frazalarla.

For example, if you cəkdirirsinizsə zoo photo, PT lions tigers and bears to discriminate. Approximately will be described as follows: "the person sleeps on his back" and "Two lions playing under the tree." Pictures and descriptions of the video, which depicts him with confidence and natural way that the machines will be a powerful tool, and smartfonlardakı cameras open the door to the world through a machine intelligence. This is an important step in artificial intelligence, and it may be fundamental for the development of SI's future.

Among those who expressed concerns about the dangers of artificial intelligence known personalities - the famous physicist Stephen Hawking, "SpaceX" and "Tesla" company CEO Elon Musk is also available. Both the IT giant's "Life's Institute for the Future" (Future of Life Institute), which includes the organization. They believe that the judge may not be a one-time artificial intelligence for mankind. "Tesla" head elektromobilinsaat EMask would prevail on the roads of engines in the coming years, the man behind the wheel of the participants in the "very dangerous" to be involved.

EMask is an active supporter of the safety of artificial intelligence. He was so concerned about the potential of SI's even ready to pay for it the financial resources, if only to avoid complications. Recently, it is safe to SI's failure to protect human life in order to support scientific research, has donated $ 10 million to the Institute for the Future.

Scientists fear that a highly sophisticated machines and gradually learn to carry out any work on the people's will. There are grounds for concern. "Boston Consulting Group," the analyst firm predicts will grow 25 percent by 2025, the number of automated transactions. This trend shows itself more clearly now in Japan.

Cornell University professor, SI SI's ethics on issues of ethics to deal with Bart being the necessity of Zelman says. He is "the computer vision, speech recognition to work. There are some accelerations in the development of SI system "- saying all of them to deal with the ethics of artificial intelligence sərtləndirdiyini said.

But in spite of all the above, in Mask "Google", "Microsoft", "Facebook" and other high-profile managers of large companies, as part of the list of people who try to SI's future. Technologies to improve the lives of people, interested in developing programs. The true artificial intelligence will overtake human intelligence can not say exactly when that arise every day in this direction is achieved step by step, in a word, scientific and technical progress over time does its work.