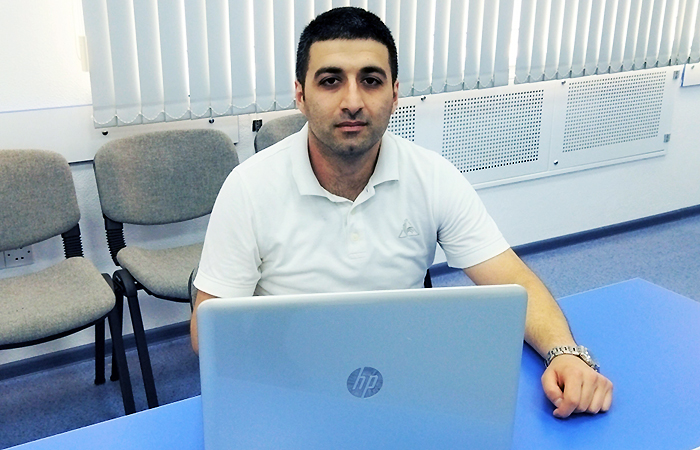 The next online scientific seminar was held at the Institute of Information Technology of ANAS. Rashid Alakbarov, Deputy Director for Technology, PhD in technical sciences, associate Professor, said that the meeting was dedicated to "Environmental risks in energy production."

The report was presented by Orkhan Mehdiyev, an employee of the department, who first clarified the concept of risk. He said that risk is considered a possible threat, and its necessary elements are danger and uncertainty.

He then looked at the risks that could arise in the energy industry, noting that large-scale energy use on Earth is accompanied by new threats. Thus, the operation of power transmission systems is associated with the risk of natural (hurricanes, storms, earthquakes) and man-made accidents (accidents at coal mines, offshore oil platforms, oil and gas pipelines, power outages, terrorism).

“Although renewable energy is environmentally friendly, there are certain risks. The use of renewable energy sources does not pose a great danger and risk, however, requires appropriate training. For example, a fire can damage or completely destroy wind turbines, which can lead to catastrophic consequences”,he added.

O.Mehdiyev said that the weakness of wind turbines increases depending on the size of the turbine and the place of installation. In Japan, for example, at least 55 wind turbines failed during a winter due to a lightning fire.

The researcher said that another harmful feature of wind power plants is that they are a very intense infrasonic sound source that has a negative impact on the human body, causing constant depression, strong and unexplained anxiety. Numerous studies show that most living things leave the station and the surrounding area, unable to withstand the noise generated by wind turbines. As a result, these areas become uninhabitable.

Speaking about the environmental risks posed by hydropower plants, Mehdiyev said that the problem of fresh water shortage could arise as a result of their daily destruction of ecosystems. In general, the construction of these stations disrupts the established balance of ecosystems.

At the end, there was an exchange of views on the topic, the speaker answered questions.