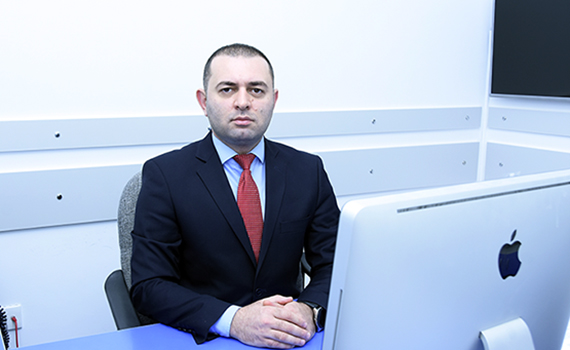 The semi-annual report of AzScienceNet Network Management Center of the Institute of Information Technology of ANAS for 2021 was discussed.

The report was presented by the head of the Center, PhD in Technical Sciences Babek Nabiyev, who spoke about the expansion of the infrastructure of the AzScienceNet network within 6 months of scientific and innovative activities. He noted the measures taken to connect new computers of institutes and organizations of ANAS, to reconstruct the network infrastructure on the basis of intelligent switches, to increase memory and computing resources in order to increase the technical capabilities of AzScienceNet.

The speaker spoke about the work carried out to integrate the AzScienceNet network into the GEANT network, 3Gbit / sec. He noted that work was being done to effectively use Internet traffic, certain measures were taken to connect the GRID research center under the Institute of Physics of ANAS to the GEANT network and install telecommunications equipment purchased under the EapConnect project.

The speaker also spoke about the work done to update the software of AzScienceNet for 6 months. He noted that in this context, new software has been installed in the AzScienceNet network to conduct security and monitoring work more efficiently, and support has been provided for downloading and configuring software and certificates related to e-signatures, accounting and human resources.

Giving information about relations with international organizations, B.Nabiyev noted that the work carried out in cooperation with the GEANT Association was continued, participation in conferences, meetings, meetings and trainings organized by GEANT, preparations for the EaPConnect E-Infrastructure Conference began. He also said that cooperation has been established with AzScienceNet and the Distributed Computing Center of the Institute of Information Transmission Problems named after AA Kharkevich of the Russian Academy of Sciences.

B.Nabiyev also spoke about the scientific-pedagogical and scientific-organizational activities of the Center, participation in scientific-technical conferences, promotion of the obtained results in the media, etc. and gave information about the work done in connection with.

Vice-president of ANAS, director of the institute, academician Rasim Alguliyev praised the half-year activity of the Center. He voiced his suggestions and recommendations on the reorganization of the AzScienceNet network and the expansion of its infrastructure.

Then there was an exchange of views around the report.

In the end, by the decision of the Scientific Council, the activity of the center was considered satisfactory.