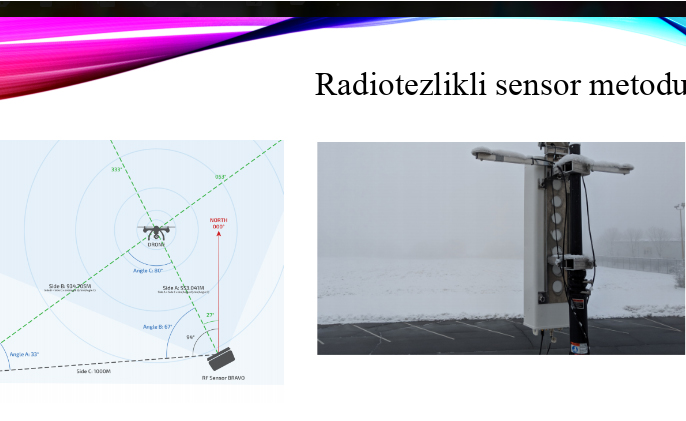 An acoustic system is being developed to detect unmanned aerial vehicles based on an ensemble of audio signals 2021-04-08 18:00:00 / CONFERENCES

The next scientific seminar of the 2nd department of the Institute of Information Technology of ANAS was held. The report on "Acoustic system detection for unmanned aerial vehicles based on an ensemble of audio signals" was heard through the program "Zoom Meeting"

Presenting the report, Rashad Ibrahimov, a graduate student of the institute, informed about the urgency of the detection of unmanned aerial vehicles (UAVs).

He said that currently UAVs are used in various fields. One of the problems that arises at a time when the use of these devices is intensifying is the observance of rules related to security and privacy. There are areas where the unauthorized flight of UAVs poses serious security and privacy issues and can even lead to accidents. These areas include airports, military facilities, hospitals, prisons, border areas, nuclear power plants, and oil refineries.

The radar system uses radio waves and the lidar uses a laser. Each of these technologies has advantages and disadvantages. Artificial intelligence methods are widely used in scientific articles in the field of detection of UAVs. In existing studies, one or two markers are used to detect PUAs.

According to him, in the presented work, the detection of UAVs was carried out on the basis of an ensemble of six acoustic signals created through the integration of spectrograms of sound signals generated during their flight. The sign ensemble includes audio features such as Mel-frequency cepstral coefficients (MFCC), Spectral Centroid, Zero Crossing Rate, Chroma Frequencies, Spectral Roll-off, Short-time Fourier transform (STFT). The proposed UAV detection model is based on simple neural networks and convolutional neural networks. To evaluate the effectiveness of the proposed approach, large volumes of in-flight audio data generated by UAVs were used.

At the end, there was an exchange of views on the report, suggestions and recommendations were made to continue research in this area and to study international experience.