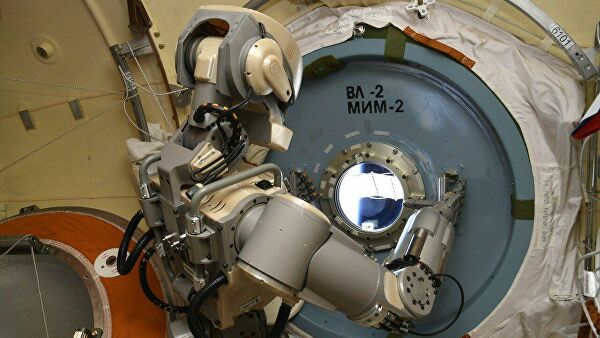 For the next flight to the ISS, the anthropomorphic robot of the Fedora type will be finalized. He will go to the ISS on the new manned spacecraft Eagle, which is currently being developed in Russia.

According to ria.ru, the Russian Fedor robot went into low Earth orbit on August 22, 2019 on the Soyuz MS-14 spacecraft. Five days later, the ship from the second attempt moored to the ISS. The robot returned to Earth on September 7th. During the flight, he completed a number of tasks under the control of an astronaut. It was reported that after returning to Earth, the robot will not fly anywhere else. Instead, a new robot will be created. The media reported that he could get the name "Artem".

The next Russian anthropomorphic robot-cosmonaut, who will replace Fedor, will perform hazardous work onboard the ISS instead of the crew, according to materials published on the website of the Cosmonaut Training Center.