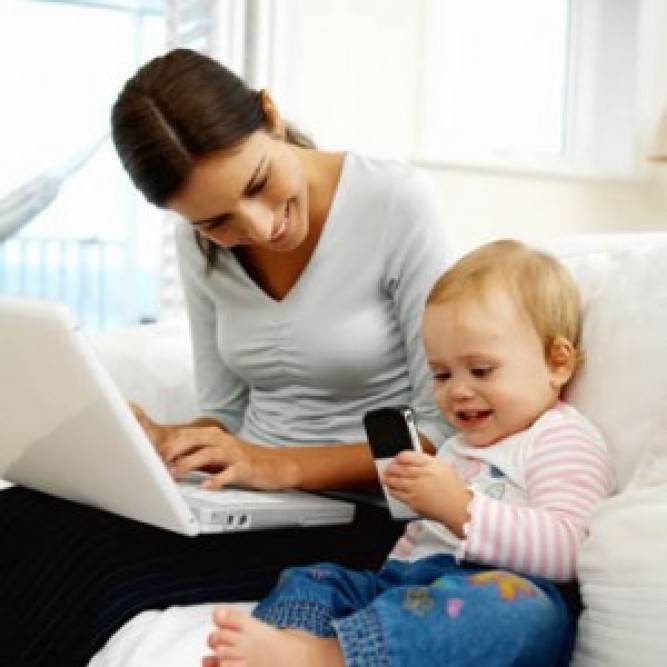 Parents of children in the recent past them different toys ovundururdusa you cry, this approach can say that in modern times, is about to change. Parents of babies cry so much time to calm them down and began to give preference to the use of mobile technologies. Today we look at families with children, the children of its mobile phones, smartphones and tablets are seriously interested witness. Most parents of children in the interest of their child communicates with the times.

American psychologists published a study has shown that this approach prevents normal development in infants emotional environment. According to them, the children learn to manage their affektlərini. Scientists have studied, e-books, children under the age of smartphones and tablets using the school set-up is useful for teaching mobile application designed to help children learn to read, and is knowledgeable about the environment. However, the idea of such devices used to distract and soothe the emotional development of children from harm, but also hinders communication with their peers.

lenta.ru site is published studies "Paediatrics," according to the magazine, the research also showed that mobile devices, e-books and tablets, there is no benefit for children under the age of 2 and a half. E-facilities with parents more advisable to adopt.

It should be noted that many scholars have written about the damage to infants electronic devices. Lindsey Marzoli pediatrician states that touch screens do not use the children to develop finger and hand muscles. Teachers' trade union in the UK has issued a statement last year, an increasing number of children to play konstruktorlarla kubiklərlə and also due to the popularity of mobile devices do not have the ability to communicate with their peers. The Trade Union serious measures to remedy the situation (for example, at night, turn off Wi-Fi) has recommended.