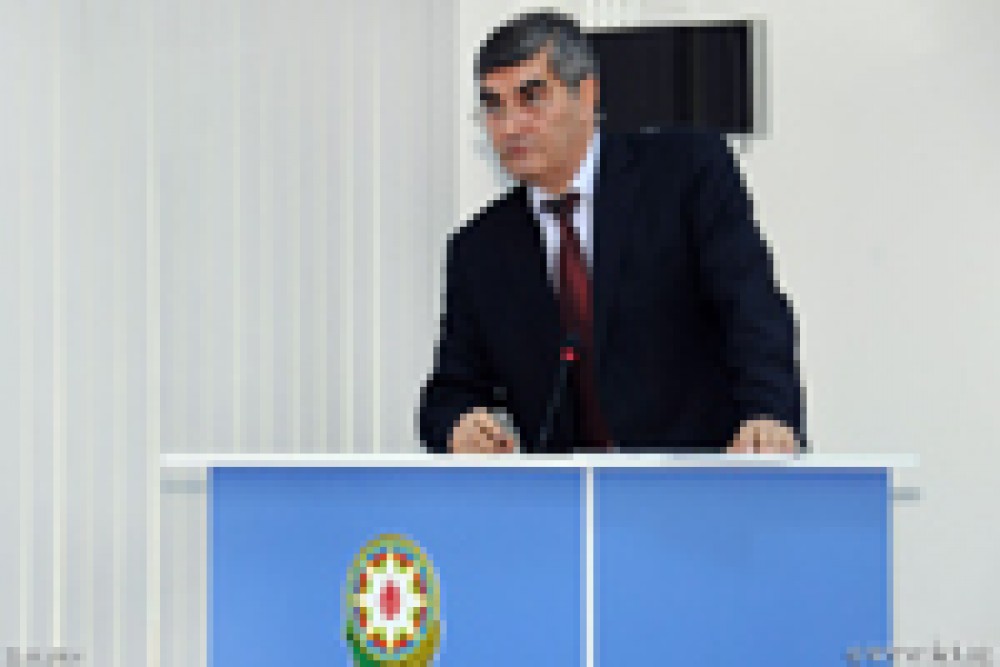 Chief Engineer, PhD, led by Rashid Alekperov, No. 4, 2015, the department has issued an action plan for. According to the current problems in the regulation of Internet computing and memory resources on the computer in a network of processing methods and algorithms for the optimal allocation among users, e-government environment is intended to investigate the possibility of using these technologies.

Providing information on the work of extending infrastructure AzScienceNet R.Alakbarov of the main building of the network infrastructure reconstruction requirements, based on the domestic and foreign countries AzScienceNet online video conferences, Internet access network speed of 300 Mbit / s connection with delivery to spoke about the work to be done. NASA said the institutes and organizations expanded the use of the new service areas.

According to this year AzScienceNet improve the registry system users and NASA computers in several institutions and organizations will be joining a network of fiber-optic communication channel with the integrated efforts. E-mail and mobile information system of the National Academy of Sciences, National Academy of Sciences of the "hotline" service organization, Internet kiosks commissioning bodies of work to be done in one year.

Speaking about the work of the department head AzScienceNet of new services through integrated efforts in this direction for NASA Ganja and Nakhchivan units multipoint service to be held in distance education, Wi-Fi service in the courtyard of the main building of creation, and the creation of institutions of higher education Eduroam service. said the measures to be implemented.

The department also toured the "Cloud Computing" services offered free of charge to higher education institutions and their employees to use these services in connection with the organization of training seminars to carry out purposeful work.

R.Alakbarov world's leading international and national journals are intended publication of articles by employees of the department said.

With regard to international cooperation department of scientists operating within TUBITAK ULAKBİM (Chech Academic White and Information Centre - National Academic Network and Information Center) and is planned to continue the work carried out in collaboration with GEANT Association said.

At the end of the action plan submitted to the Scientific Council meeting, it was decided.