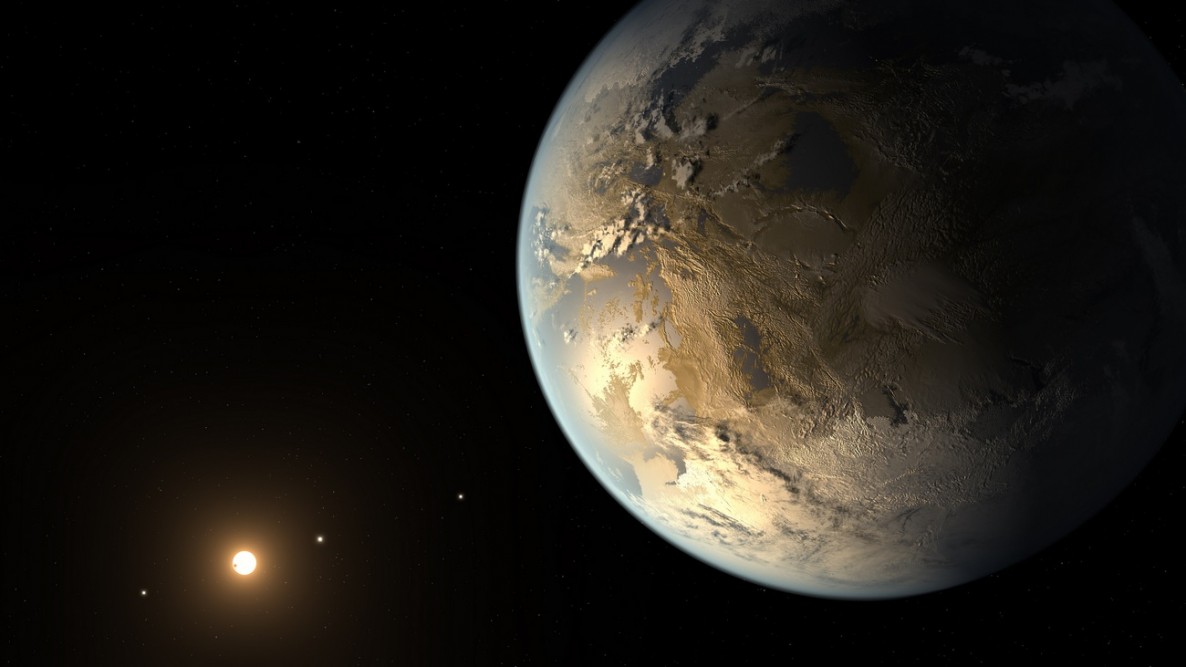 NASA scientists using the Kepler telescope have discovered a planet that is in many ways similar to the Earth . Discovered planet Kepler-186f orbits a red dwarf star Kepler- 186 in the constellation Cygnus .

Researchers previously had managed to find a planet similar to Earth , but in most cases some of the parameters found planets still differed from the earth. Diameter discovered planet is about 10% larger than the Earth , and most importantly - the planet is in the so-called habitable zone . In this zone, the average temperature of the atmosphere allows the water in a liquid state , and this, in turn, suggests the possible existence of organisms.

Star around which a planet called Kepler- 186 is a red dwarf , and distant from the Earth at 500 light-years , according to the official website of NASA. Potential twin of the Earth makes a complete orbit around the star in 138 days.

Stars like Kepler- 186, there is a great variety , and the detection of one of them, like the planet shows that red dwarfs may also exist planets that could support life. This in turn gives scientists hope that they can find a planet that is almost identical to Earth.