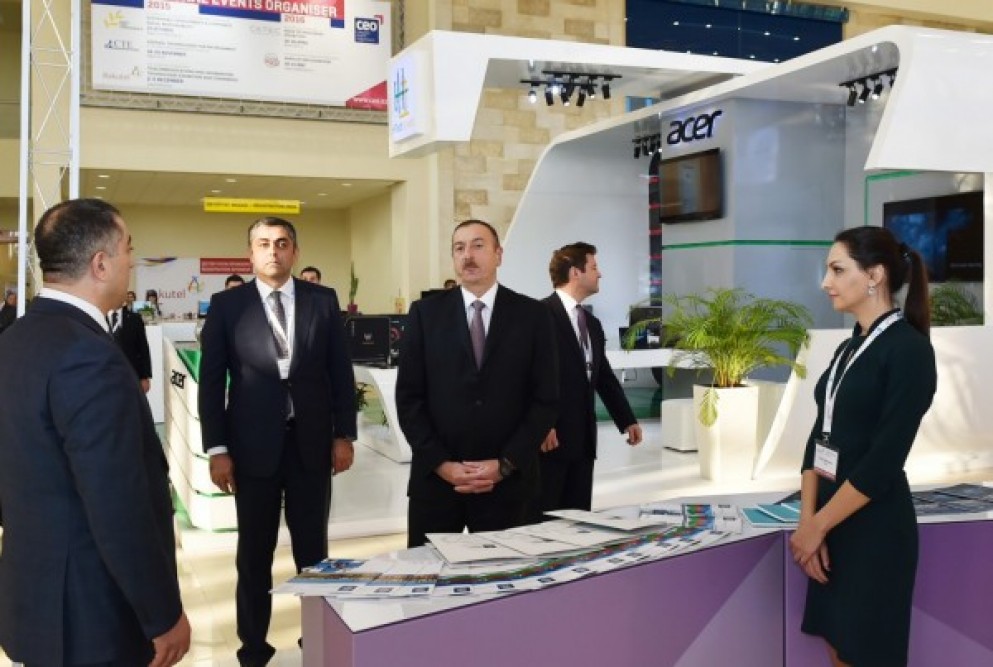 The head of state was informed that it will continue till December 5, "BakuTel-2015" international exhibition is attended by more than 200 companies. The number of newcomers attracted the attention of new companies at the fair this year, 15 percent of the total number of participants.

Then, President Ilham Aliyev got acquainted with the exhibition pavilions.

"BakuTel-2015" exhibition "Azerspace-2" satellite into orbit with the participation of the Azerbaijani President, "Azerkosmos" and the French "Arianespace" company signed an agreement.