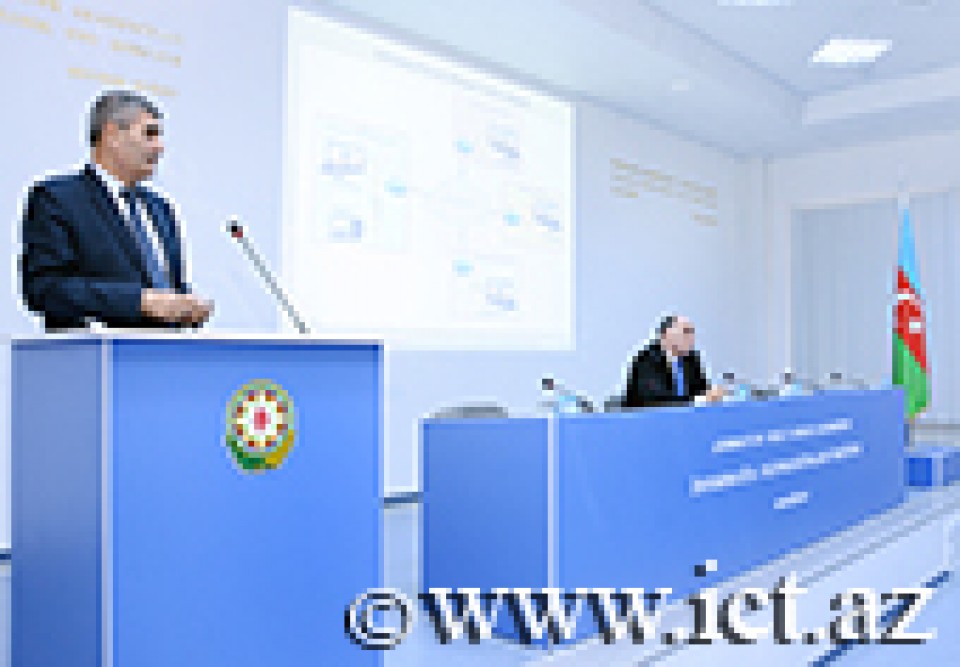 Methods and algorithms for optimal distribution of computing and memory resources among users developed 2015-11-30 09:47:17 / CONFERENCES

Technical Director, PhD, Rashid Alakbarov presented annual report of department for the current year. Speaking about the scientific-research activities of the current year, researches on scientific-theoretical problems of using “Cloud Computing” technologies  in computer networks are being investigated, methods and algorithms for optimal distribution of computing and memory resources among users have been developed. The synthesis of cloud technologies for different environments has been conducted, researches on opportunities of using these technologies in e-government environment and application of cloud technologies in e-libraries have been investigated, he stated.

Informing about the activities done in the course of enhancing AzScienceNet network infrastructure, new services were established, technical opportunities of network and Data Center were improved, as well as, computer provision and network-communication infrastructure  at the Main building of ANAS, Central office of the Presidium and Nakhchivan department were re-established, R.Alakbarov noted. Activities regarding to the organization of multipoint distant training service for Ganja and Nakhchivan departments, the establishment of internal monitor system network of ‘Elm TV” (Science TV), ‘’Development and operation of interactive information system” were implemented. The reporter also spoke about the issues solved in Data Center of AzScinceNet and organization of hosting services.