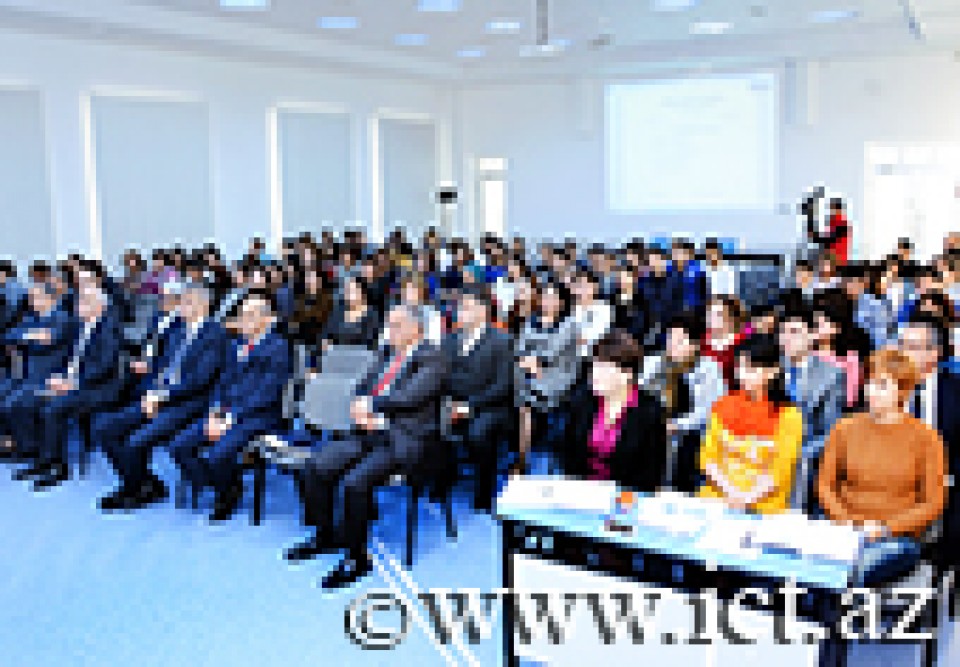 Institute of Information Technology research works carried out during the current year, annual reports and other issues of scientific and innovative activities were started.

Opening the meeting academician-secretary of the National Academy of Sciences, director of the institute, academician R.Aliguliyev opened. Prior to the ceremony to mark the 70th anniversary of NASA scientist spoke about the importance of the event. Director of the Institute with the participation of President Ilham Aliyev, the president of the event's 70 years of operation as a high value to the success of the academy. The head of the research areas separately by defining priorities for the twenty-first century science, the scientific community has put in front of the important tasks.

In connection with the 70th anniversary of the academic scientist of NASA science, serving to popularize scientific achievements and organizational measures have been taken, the country's different regions and cities, secondary and higher education institutions, meetings, meetings were noted. It measures "to mark the 70th anniversary of the National Academy of Sciences," the Presidential Decree of 14 March 2014 on the implementation, he said.

Director of the Institute of the Academy, with the recent orders of the Head of State on the occasion of the 70th anniversary of his 100 "Honor," "Glory" and "Progress" awards, honorary degrees and diplomas awarded to the science, scientists described it as evidence of the attention and support . In addition, a number of scientists and experts from the Academy of Sciences has been awarded with certificates of honor Divisions.

At the end of his speech, the secretary of the twenty-first century science major mission of increasing the role of scientists in the country's comprehensive development, socio-economic progress of society, and so on Promoting cultural and spiritual formation. Noting that consists of scientists and experts and wished them success in their future endeavors.

Then we heard the annual reports of departments of the institute. The research work carried out in scientific innovation, research and educational activities, conferences, seminars, symposiums, scientific papers published in recognized scientific journals published articles, scientometric indicators of the department's employees, promotion of scientific and practical results in the media and advertising-marketing works, scientific-organizational activities and so on. Comprehensive information on.