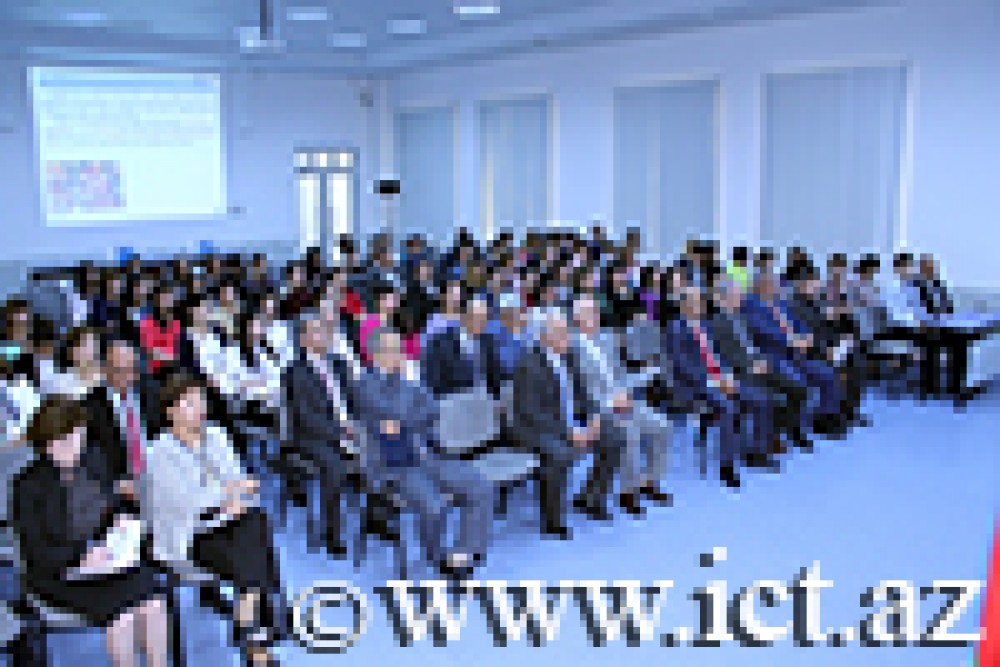 Determining a person's racial and ethnic affiliation is important for information security 2015-10-23 18:25:23 / CONFERENCES

The actual identification of a person based on various aspects of information security problems. Currently being studied by experts in this field, the current problems are investigated, methods and algorithms for solving them are offered.

Images of people on the basis of race and ethnic identity research is underway to determine the direction of the Institute of Information Technology. Face images of selected geometric parameters of the calculation of the base points and a description of the algorithm formed the basis of the benchmark. The initial description of the ethnic groups are compared with reference images, and thus the image is determined to be a member of any racial and ethnic group. Institute chief engineer of the project, the institute's scientific seminar dedicated to the discussion of the subject, PhD Shafagat Mahmudova "images of facial recognition methods based on the study of the human race and ethnic identity," he said in his speech. He said that various factors (face recognition, an unknown person, a description of the missing person or compliance with a word portrait of the alleged offender, etc.) makes it necessary to investigate a person's racial identity. In this regard, the determination of a person's racial and ethnic customs, border control, security services, such as yuksədilməsində efficiency plays an important role in many areas.

"Breed specific geographic region formed by combining the genetic and biological similarities in symptoms and groups of people outside the system. The characteristic features of the various races of man is identified as a result of adaptation to the environment "- the three-race people Sh Mahmudova clusters (mongoloid, European and neqroid) is divided, by about 30 scientists recently said that the human race is distinguished from the signs of their morfoji said.

"If a person is well-defined and visually recognizes the face of others. However, images of face recognition process carried out on the basis of race and ethnic identity is more complex. On the settlement of the existing problems in the field of social sciences, anthropology, ethnography, and conducted research in irqsunaslıq. The three are closely linked with each other in the field of science: the science of Ethnography of the peoples of the main task of the study is to explore their history. Anthropology is a field of science, so that the man of the research object. Irqsunaslıq (ethnic anthropology) section of the reasons for the formation of races, race types, classification and distribution areas on Earth, to study and explore the patterns of change in racial types. " Facial images of people on the basis of race and ethnic identity in order to determine the technical sciences in the field of biometrics, pattern recognition, medical and other fields are being investigated. Sh Mahmudova noted that the description of the person's face, fingerprints and biometric elements as important as the apple of the eye, using the identification of the highest quality possible to achieve maximum accuracy.

The speaker also plays an important role in ensuring recognition of information security issues, cloud and Big Data technologies briefed. He said that the use of biometric technology, the cloud helps prevent any unpleasant incidents as soon as possible.

In his speech, the secretary of the National Academy of Sciences, director of the Institute of Information Technology, the academic R.Aliguliyev issues of authentication based on various aspects of information security, and stressed the importance of study of world experience. Biometric technology institute and a number of ongoing investigations and noted that progress had been achieved. Chanting suggestions and recommendations on the subject of academic research in this area for a wide range of anthropology, noted the importance of further development of in-depth ethnographic studies.

Later, the chief department Anar Samidov the latest ICT innovations and gave information about the hologram. A description of the object in three-dimensional laser techniques to produce the original reporter of the Dot Matrix holograms, 2D and 3D, the original color of the hologram label and others. as distinguished from a number of species reported. Holograms about the features that have made: "For example," E-beam "(hidden text or image) hologram label can not be seen with the naked eye, the only laser-readable displays, and high-quality bottom plate nanomətnlər systems as well as advanced security features". A.Samidov, as well as a 3D hologram, which allows the unit to various places great importance in terms of security, he said that the use.