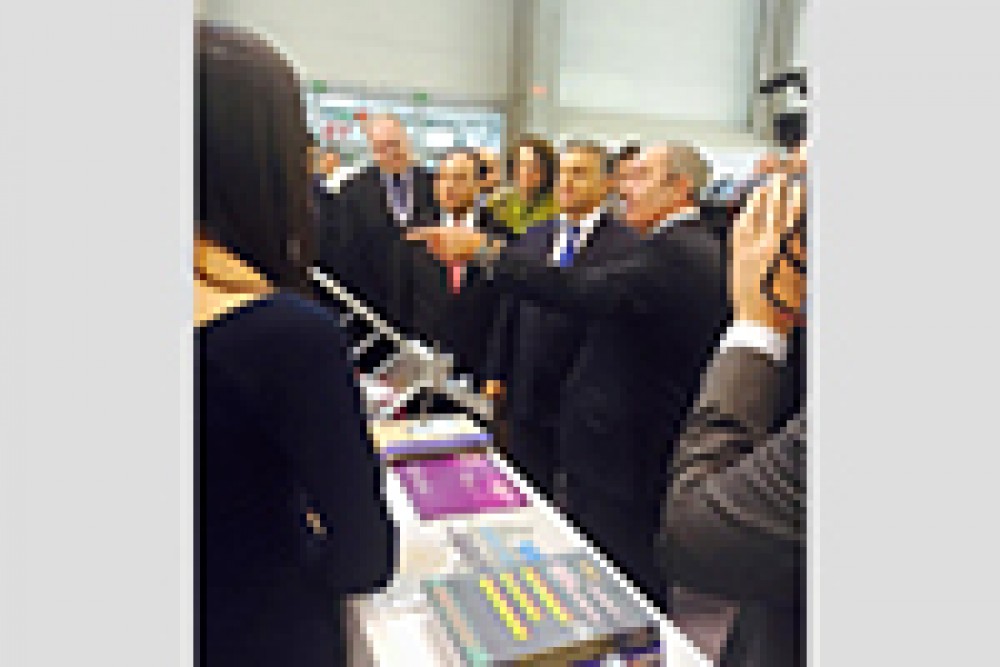 Minister of Communications and Information Technologies Ali Abbasov, Azerbaijan, headed by close to 20 companies operating in the ICT sector, including private, public and non-governmental organizations, as well as the "start-up" of the 40-member delegation composed of members of the "ITU Telecom World 2015 "to participate in the International Telecommunications Exhibition and Conference was on a visit in Budapest, Hungary.

The exhibition was organized by the National ICT pavilion. "ITU Telecom World 2015" was held after the opening ceremony of the International Telecommunications Exhibition and Conference "VIP Tour" during the Hungarian Prime Minister and the National ICT VIP pavilion for the first time, and then visited the pavilions of other countries. Also in accordance with the theme of the event, the best "start-up" s "ITU Telecom World 2015" in the framework of competitions attended.

"The government and the Small-Medium Enterprise Dialogue" and the session held on the same day with the participation of 15 ministers' meeting of the Ministers, "the Minister Ali Abbasov said at a panel held at the initiative of our country and gave detailed information on international projects. Then, at the request of the organizers of the event, covering the delegation, "Blumberg" Channel.

During the visit, Minister of International Telecommunication Union (ITU) Secretary-General, the Director General of the World Bank, the OIC, the Secretary General of the International Telecommunications Satellite Organization, as well as Hungary, Russia, Pakistan, Iran, Afghanistan, Myanmar, Bangladesh and the ministers of Serbia, on the field, the world famous "Intel" and "Huawei" company vice-presidents, who are interested in investing in the ICT sector of Azerbaijan held bilateral meetings with Hungarian businessmen.