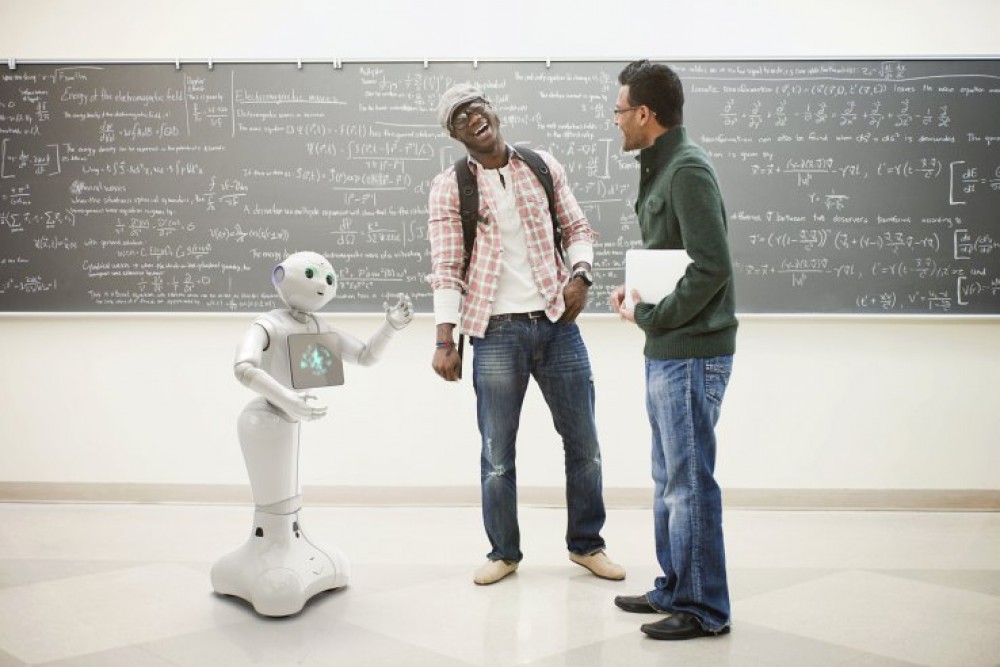 Japan's "SoftBank" telecommunications company since October of last year, "Pepper" for the first humanoid robot has begun taking orders. The robot was created primarily to communicate with people. He əyləndirməyi, to train, to teach, to help and able to talk with people.

Over time, the robot more "smart" because they are common to all the robots in this series is the "brain" of servers acting as a "cloud" connected to the system.

According to hi-news.ru last month in China, "Alibaba" and "Foxconn" giant companies as "SoftBank" The section dealing with robotics have invested 236 million dollars. The partners soon, "Pepper" robot and the Japanese company plans to market other products in the world.

On June 20, 2015, a limited number of "Pepper" was sold for $ 1610, and a total of 1 robot is completely sold out within minutes. To recognize human emotions and difficult times to support its owner by people who liked the concept of robot companion. It also shows an increase in demand for robots in the near future.

Now "SoftBank" telecommunications company "Pepper" is a version of the robot business. "We Pepper for" robots named various public institutions, shops, cafes, hotels and clinics are intended for use. Entrepreneurs of $ 440 a month to rent the robot will be able to pay.