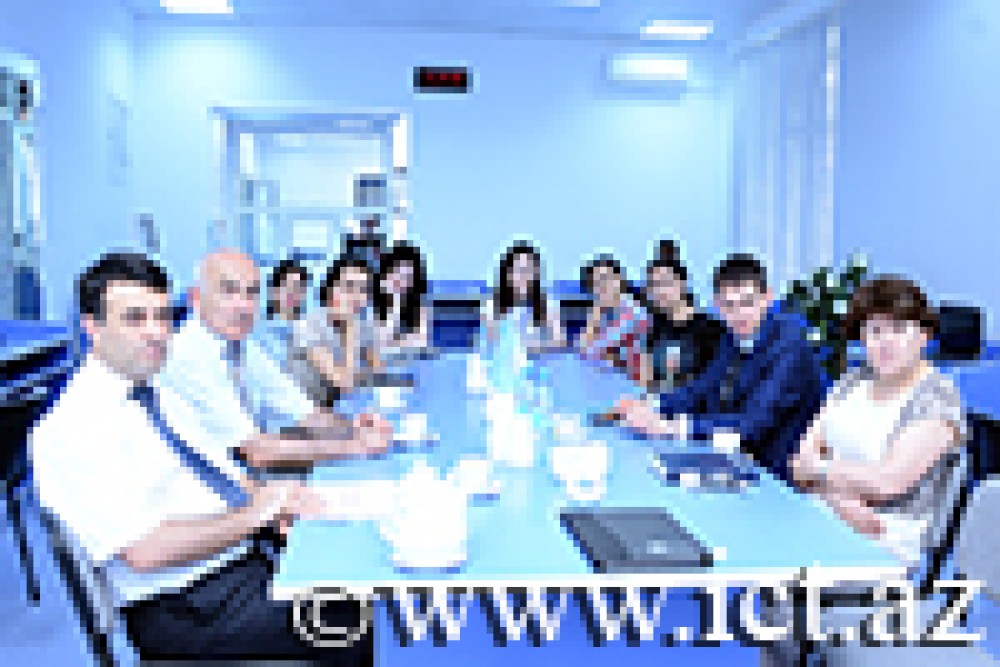 Institute of Information Technology "Elsevier" held a meeting with representatives of the international scientific base 2015-06-03 12:36:47 / CONFERENCES

On June 2, the Institute of Information Technology "Elsevier" international scientific base Ayhan Akanay Saracoglu Turkey and Central Asia and Russia, Ukraine and Belarus held a meeting with the representative Marat Fatkhoulline. The goal is to play an important role in the integration of world science, the world's most influential scientific papers, was to discuss cooperation between the organization and highly-indexed journals.

First, A.Sarachoglu "Elsevier", giving detailed information about the global corporation is one of the world's oldest publishing houses, he said. "Elsevier" the most well-known information resources for effective research work offered, covering a database of innovative knowledge is emphasized. He is a valuable source of information for scientists and experts of the "Elsevier" talked about the opportunities and advantages compared to other scientific databases. He said that researches conducted by the scientists of the world scientific community and scientific bases for international cooperation is very important in terms of recognition.

"Elsevier" A.Sarachoglu speaking of the activities of the possibilities offered by digital libraries in this world, highlighting the company's academies, universities and research institutions, the activities of their position in the international scientific environment is the first and largest system of comparative analysis, he said.

Then M.Fatkhoulline "Elsevier" and gave brief information about the services offered. According to him, "Elsevier" ScienceDirect service in the world of science, technology and medicine in the field of full-text (full text) covers a large portion of the articles. Which is the largest reference database "Scopus" in a variety of scientific publications, including conference materials are included. "The scientific and educational institutions," Elsevier "a more efficient use of the services of one of the main goals," - said the guest experience and to use the opportunities of the importance of this scientific base, he said.

During the meeting, scientists from the academic activity during 2010-2014, reflecting on the report was presented, countries, industries and magazines and so on. The article was published at indicators, praised scientific achievements.

As well as by representatives of the company, reflecting the achievements of scientists and their "Scopus" on the basis of the scientific basis of the "Elsevier" put forward by the proposal to create a database.