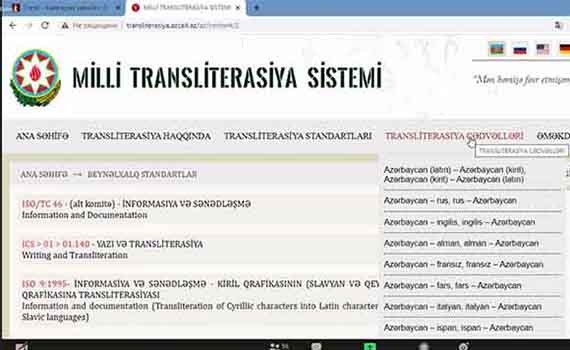 The draft national transliteration standards have been registered as a state standard 2021-02-09 13:36:00 / IMPORTANT EVENTS

For this purpose, transliteration tables were compiled between 7 alphabets of Russian, English, French, Italian, German, Persian and Spanish languages, and scientific-practical examination was carried out. Opinions on the tables were obtained from relevant government agencies and higher education institutions, and standards were improved.

It should be noted that the development of transliteration standards has great importance in the era of globalization. Thus, when writing in one language, the phonetic features of that language, the graphic features of the applied alphabet must be taken into account. Due to the close integration of languages in modern times, transliteration difficulties arise when translating writing systems from one language to another. To solve these problems, the development of transliteration standards in modern Azerbaijani writing is of great practical importance.