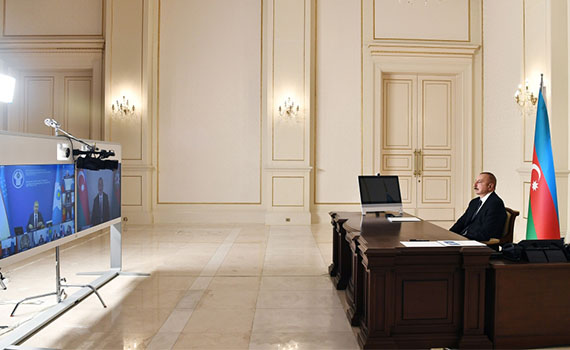 AZERTAC informs that the decree emphasizes that the people of Azerbaijan have entered the most memorable and glorious period of their history by liberating their territories from Armenian occupation. It is noted that the restoration of the country's territorial integrity is a demonstration of the supremacy of international law and national and moral values for our state. The revival of our territories, whose material and cultural riches have been destroyed by Armenian invaders for nearly thirty years, will be one of the important pillars of strengthening the country's political and economic sovereignty.

The document also given that the support of each person in the construction of the liberated territories will be an important contribution to our historic victory, the idea of national unity for a strong and powerful Azerbaijan, our goal of sovereign and secure life.

According to the decree, it was decided to establish a public legal entity "Karabakh Revival Fund" in order to ensure modern and decent life for sustainable settlement in the liberated territories, to carry out construction and restoration work in all areas.

Funds are formed from donations of individuals and legal entities, grants and other sources not prohibited by law.