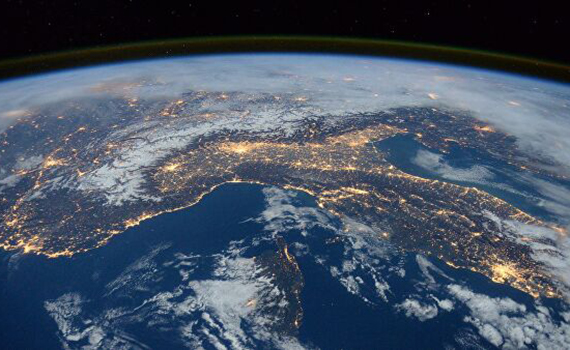 Specialists of MSTU named after Bauman is offered to place a 27-ton supercomputer in low Earth orbit, and the energy for its operation can be obtained from solar panels, the theses of the university’s experts report published in the collection for the upcoming scientific conference on cosmonautics - “Royal Readings” say. The scientific conference itself will be held in Moscow from January 28 to January 31.

The supercomputer satellite itself, according to calculations, should have a mass of about 27 tons, equipped with solar panels and radiation heat exchangers. In order for the satellite to be lit as much as possible over the entire flight area, it must be at an altitude of 700 kilometers above the surface of the Earth.