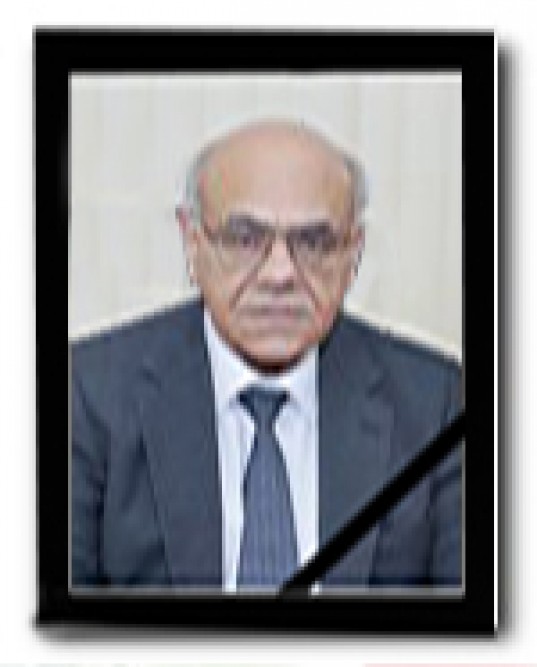 Of outstanding mathematician, "Glory" order, Honored Scientist, vice-president of the National Academy of Sciences, Academician-Secretary of the Department of Mathematics, Physics and Technical Sciences, academician Akif Jafar Hajiyev on February 3 77th year of his life, died.

Akif Hajiyev Baku on 8 December 1937, a prominent critic, literary critic, Professor Jafar Khandan was born. After graduating from high school in Baku, the Azerbaijan State University (ASU) entered the faculty of mechanics and mathematics and graduated from university in 1960, was sent to the Institute of Mathematics and Mechanics, Academy of Sciences of Azerbaijan. Junior researcher at the institute, scientific secretary, worked as a senior researcher and head of the department and director.

In 1964 the Faculty of Mechanics and Mathematics of the University of the State Defense Council "Some convergence properties of families of operators on" thesis.

The results of the 1964-74 Hajiyev In the space of continuous functions assigned to the non-linear positive operators with limited majorities norms weighted sequences played an important role in the formation of the assembly and the direction of approach to such functions. The results of the scientist as an author in a decent place in the world's leading mathematicians.

One of the most important areas of research in the theory of multidimensional singular integrals Hajiyev. Here, in 1938, the symbol of the famous Soviet mathematician SQMixlin xarakteristikanın furnace and furnace began to investigate the differential properties of Sobolev spaces of square symbol inteqrallanan shown that the class characteristics. A.Hajiyev muffling the operator to address this issue in determining the inverse of the symbol and the furnace operator of the Bessel potential spaces reflected in the differential properties of characters and xarakteristikanın proved. These results Hajiyev "muffling the type of multidimensional research on operator theory," which was the basis of his doctoral thesis, and he, in 1982, in Moscow, USSR Academy of Sciences, Institute of Mathematics of VSteklov thesis Defense Council, the degree of Doctor of Physical and Mathematical Sciences received.

Scholars of the Higher Attestation Commission of the USSR in 1985 (EAC) with the decision, "Mathematical analysis" was awarded the academic title of professor, 1985-1989 EAC regional doctorate in accordance with the decision of the Board was appointed a member of the Tbilisi State University.

In 1989 he was elected a corresponding member of the Academy of Sciences of Azerbaijan A.Hajiyev.

Scientist in 2004 by the Decree of the President of Azerbaijan Ilham Aliyev to the development of the science of "Glory" was awarded the Order, in 2005, he was "honored scientist" was awarded the title. More than 100 research papers and monographs.

Akif Hajiyev scientists and sincere person's memory will live on in the hearts of those who knew him.