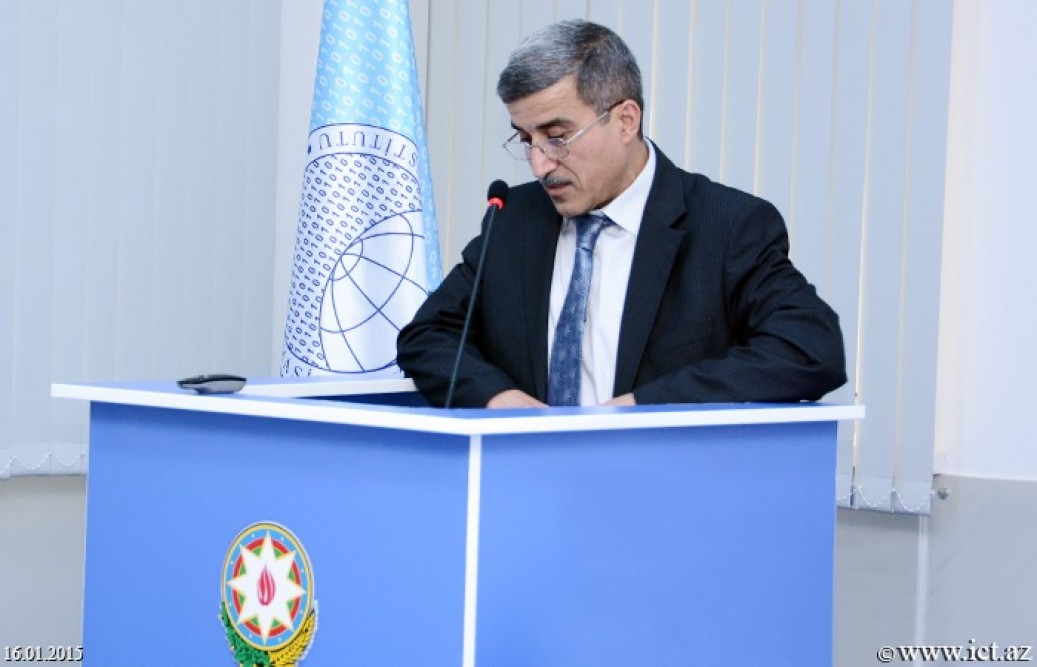 Noting S.Mehdiyev technology innovations in the exhibition "Google" from the "Ara Project" has attracted the attention of exhibitors said modular smartphone. That being said, any additional portion of the device (flash memory termometrədək) can be attached. According to him, "Google Project Ara" project not only allows users yeniləməyəcək its new smartphones, as well as the details of the case, replace broken equipment. The set elements - display, camera, processor, RAM memory devices, clock, battery and so on. included. It is possible to buy separately any details.

S.Mehdiyev "Intel" Core processor made by Intel 5th generation high-performance than previous generations (chip area of 82 sq. Mm, and the number of transistors 1.3 billion) have said that. He also said that the new features that are specific to the processor. Company, as well as flying "drone" button at the size used in the production of micro-computers, he said.

The speaker, as well as large-sized tablets, the micro-device wireless memory cards, USB 3.1 type-C standard, "smart" key, and so on. informed about.

The report was well received by participants.